Inimitable – that’s the best way to define the performances of Team Sangers this year. Comparisons with Formula 1 come to mind immediately. No matter how hard the competitors try and no matter how big their reputation is – in the end the racing stable with the best equipment wins. 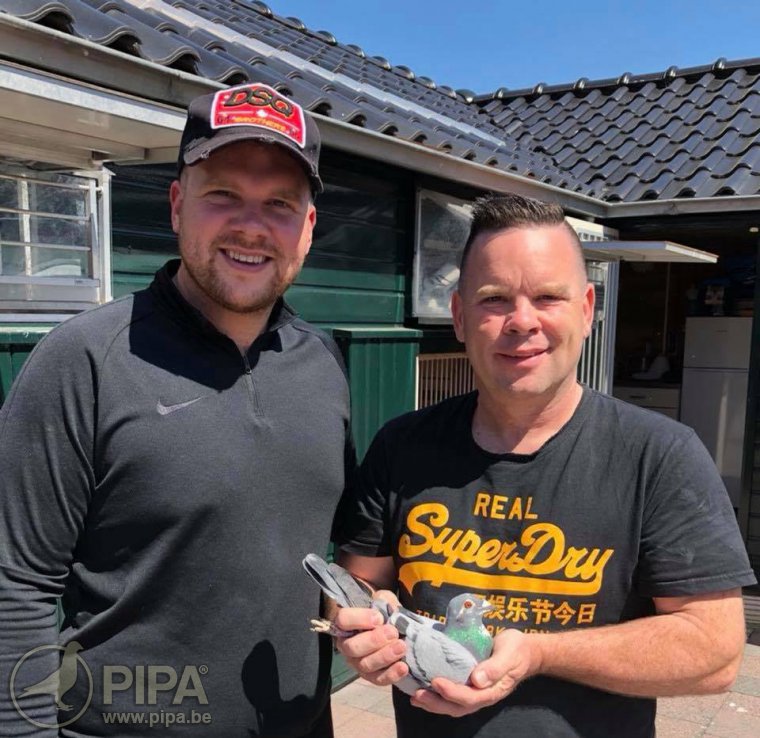 When we take a loot at the championship ranking after the old birds season, Team Sangers can barely keep the smile of their faces. There was nothing to do about Brian Sangers, Chantal Vredeveld and “manager” Marcel Sangers in 2018. There were a lot of – superior- victories and the impressive series of first prizes turned out to be unbeatable. Toppers in Kring De Ijssel – among them even National esteemed lofts – were left scratching their heads: 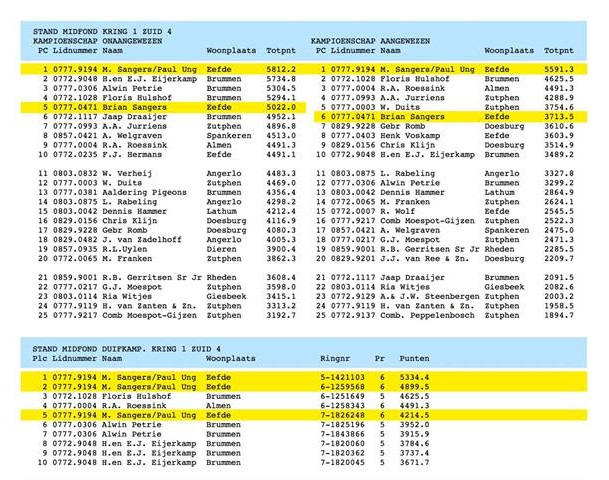 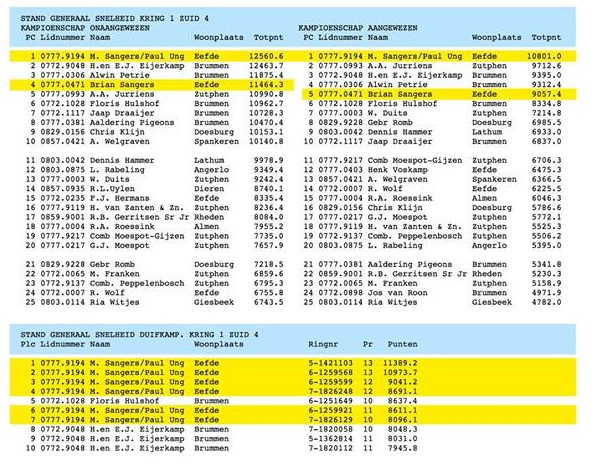 Right before the season of 2018 Paul Ung passed away. He was a good pigeon friend of Marcel who originates from the Philippines and had has share in Team Sangers for over 15 years, although in the background. The already monthly lasting victory march forms a suiting salute to Paul. Besides Sanger-Ung, in the Kerklaan in Eefde there’s also some pigeon racing done by Brian Sangers – Marcels son – which enthusiasm for pigeon racing has only increased the last few years. In 2018 he now races with his own team of cocks and hens on total widowhood and that immediately led to a thrilling success! In the Noordelijke Unie (department 7 until 11) Brian became 1st semi-National champion not nominated One Day Long Distance on flights Chateaudun (572 km), Bourges (627 km) and Chateauroux (678 km)! Especially nice since Brian first basketted two times 8 and one time 7 pigeons against a lot of respectable names who put a multitude of pigeons on these sectoral races…with the small basket to a great performance thus; it’s still possible! 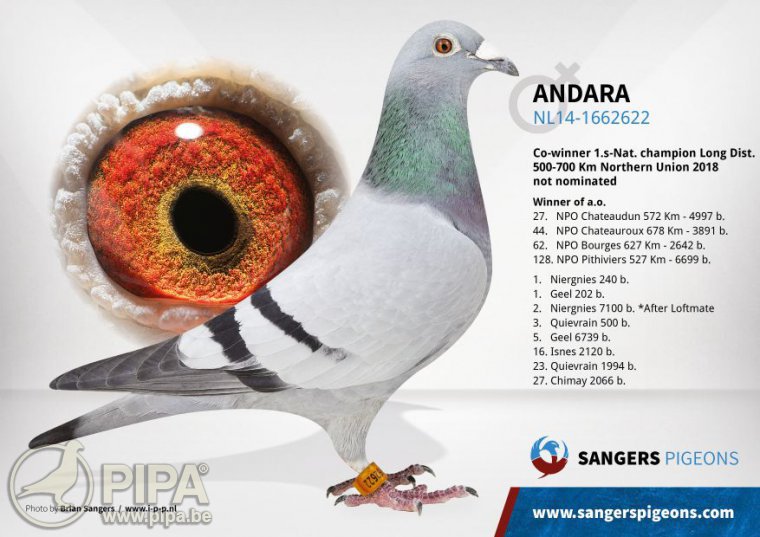